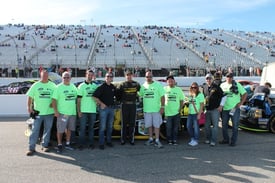 We have sponsored Clay at NASCAR Camping World Truck Series Events at tracks including: Daytona International Speedway and Talladega SuperSpeedway.

Clay had a great race at the UNOH 175 finishing in position 19.  He raced in his trademark black Chevy truck branded with the U.S. Pavement Services logo and the 1-800-PAVEMENT number.

Clay is preparing for a run at the Fred's 250 at Talladega SuperSpeedway in Lincoln, AL on Saturday October 24th, 2015.  We are excited about this upcoming race and we are all behind Clay! 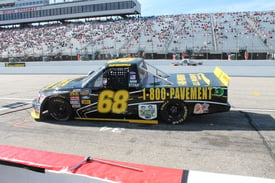 In 2009, Clay earned a Degree in Business from Austin Peay State University. In 2010, Clay made an impressive debut in the NCWTS at Martinsville Speedway, one of the toughest short tracks on the NASCAR circuit, Clay has competed in the truck series since. 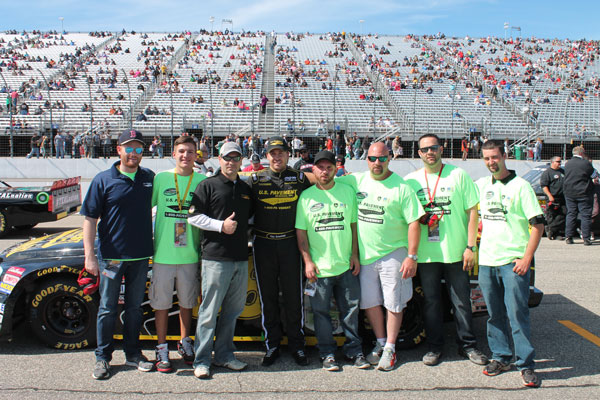 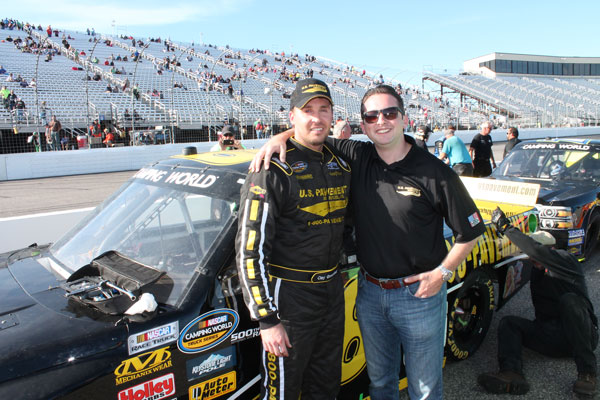 Watch footage of the crew in the race pit in Loudon, NH: